Home > What to See and Do > Roman Temple 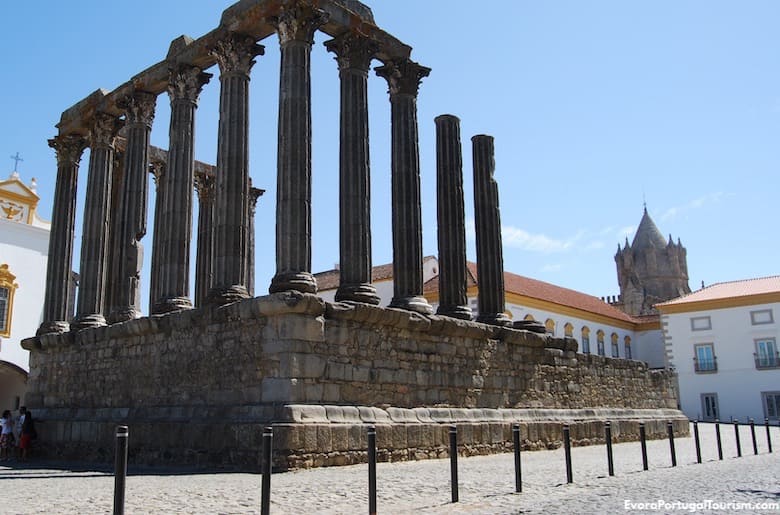 Known as the Temple of Diana, this 1st-century Roman temple is Évora's most iconic monument and a symbol of Roman Portugal. It's one of the best-preserved ruins in the Iberian Peninsula, and originally part of the forum dedicated to emperor Augustus. Traditionally, however, it has been believed to be dedicated to Diana, the goddess of hunting.
Time (and Germanic invasions in the 5th century) has knocked down some of its corinthian columns, but the majority (14 of the 18) still stand on the 3m(10ft)-high stone podium, which was originally surrounded by a reflecting pool. It’s not possible to climb the podium, but you can get a close-up view of the columns from below. A plaque shows what it looked like intact. 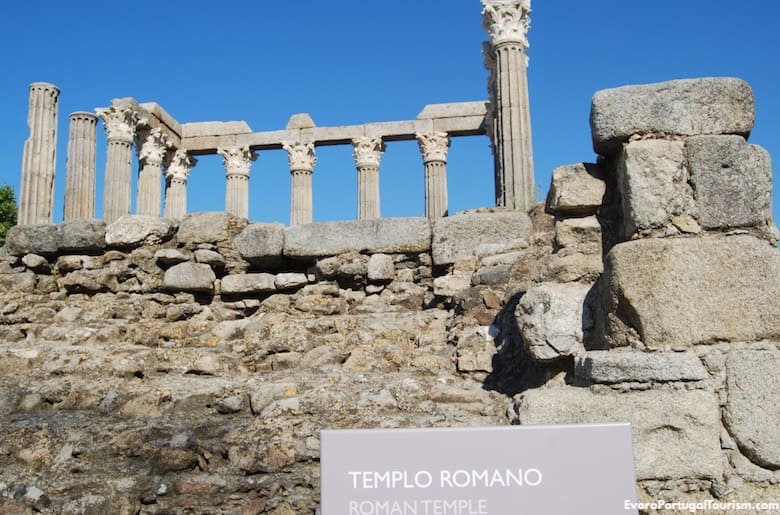 Most of the temple's columns still stand

When Évora became a Christian city, the temple was used for different purposes, like a gallows during the Inquisition and as a slaughterhouse until 1836, when it was decided that it should be preserved as a historic monument.
It stands in the middle of a landscaped square, faced by the beautiful Loios Church and the 14th-century Cadaval Palace on one side, and the Évora Museum on another. The church is especially worth a visit, as it’s the most beautiful in the city. A few feet away is the cathedral. 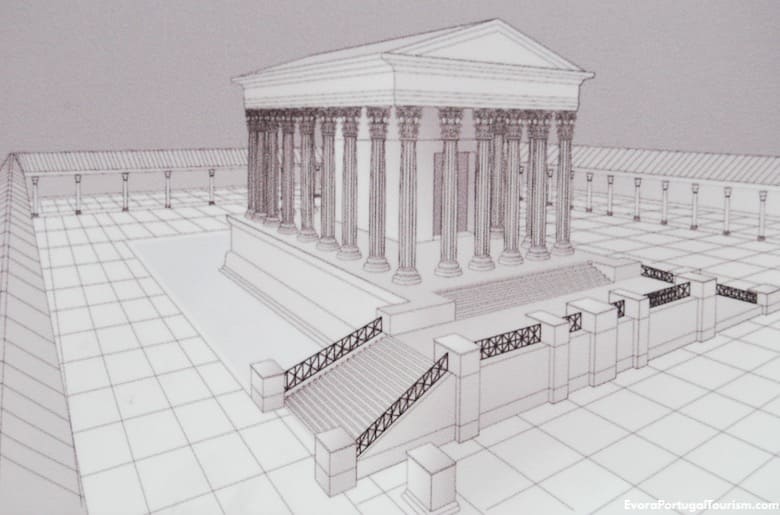 An illustration of what the temple originally looked like

If you’re staying overnight, pass by in the evening, when the temple is beautifully lit. If you’re interested in Roman Évora, also visit the Roman Baths and the Évora Museum.