Home > What to See and Do > Praça do Giraldo 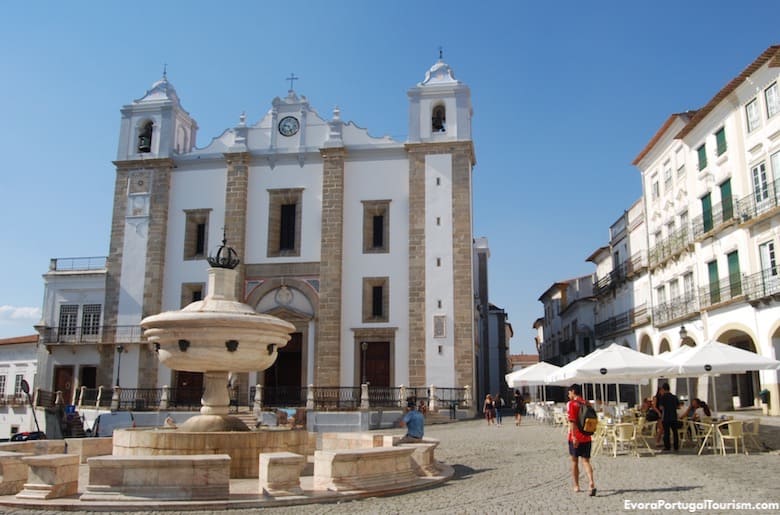 Évora’s main square was originally called Praça Grande (“Grand Square”) and was home to the town hall, which was a beautiful Manueline (Portuguese Gothic) building, demolished for the construction of the current and also elegant Bank of Portugal. The name changed to honor Giraldo Sem Pavor (“Gerald the Fearless”), a knight who helped Portugal’s first king expel the Moors from the region in 1165.
The cobbled square was an execution ground during the Inquisition for 200 years, and the site of the beheading of the Duke of Bragança in 1484, after King João II believed the duke was conspiring with the Spanish nobility to have him overthrown. It was also where bullfights took place between the 15th and 19th centuries, but is now a much more peaceful place, with outdoor cafés surrounded by the arcades of attractive buildings with wrought-iron windows. It’s the heart of the city, and the best place to start a tour of its streets and monuments. 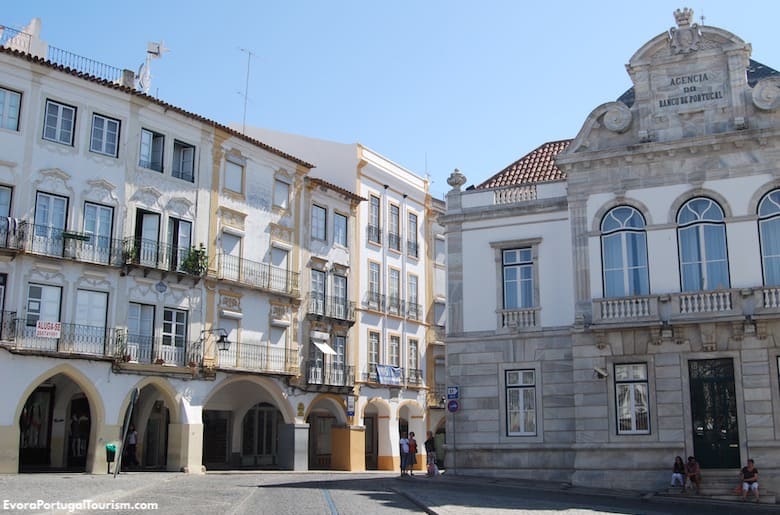 The first stop should be the 16th-century Church of St. Anthony the Great, which faces the square and its Renaissance marble fountain from 1571. It’s worth seeing the baroque and rococo interior supported by thick columns. A Roman arch once stood outside, but it was destroyed in 1570.
Next to the church is the pedestrian Rua João de Deus, Évora’s main shopping street, with several stores of international chains. It leads to the arches of the aqueduct, but you’ll want to take Rua 5 de Outubro instead, if you want to visit the cathedral and see the Roman Temple of Diana. 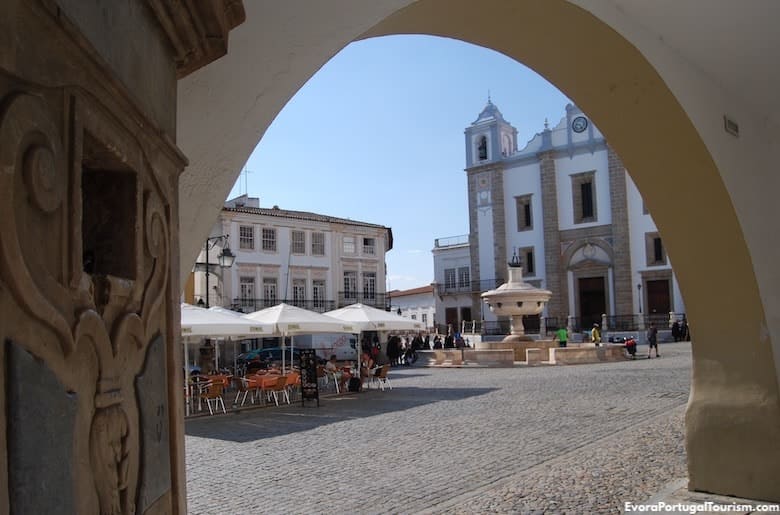 The arcaded buildings that surround the square house shops and cafés

The biggest building in the square houses the city’s tourist office, which provides pamphlets about Évora’s attractions and information about other destinations in the Alentejo region.
Here is also Café Arcada, a café from 1942 that was a luxurious place at the time, even hosting concerts with its own orchestra. It has sadly been modernized and has lost all of its historic charm, but remains a good place to try Portuguese pastries.