Home > What to See and Do > Aqueduct 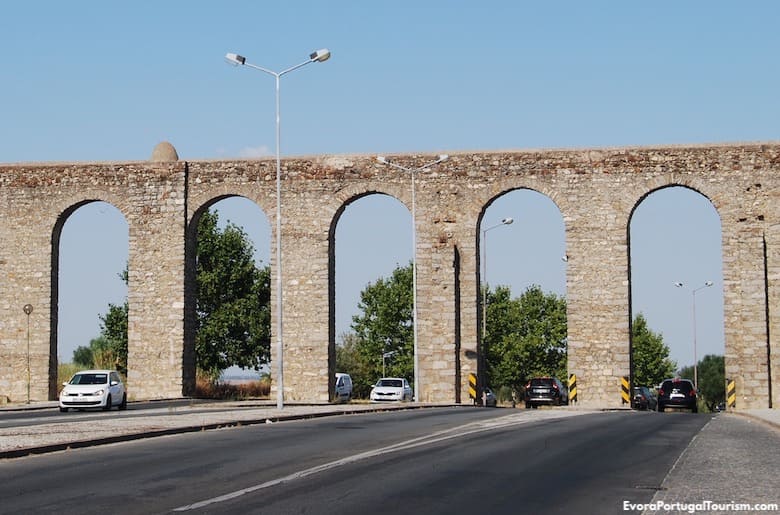 A road goes under the arches of the aqueduct, on the section outside the city's wall.

Erected between 1532 and 1537, this Renaissance-style aqueduct finally provided clean drinking water to the entire population of Évora. The city is located in a dry region with little rainfall throughout the year, so water had to be brought from a lake and a river several kilometers away. It connected fountains for 18km, including the one at the center of the city’s main square, Praça do Giraldo. 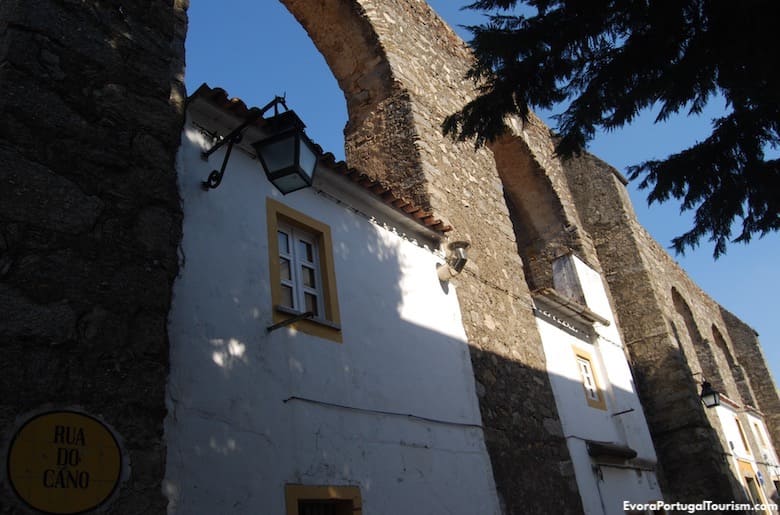 Houses were built between the aqueduct's arches on Rua do Cano

Most of it is outside the medieval wall, but there’s a section inside, on Rua do Cano, where charming little houses were built between the granite arches. Smaller arches can be seen on Rua do Salvador and Travessa das Nunes, while the tallest ones (25m/82ft high) can bee seen by the road outside the wall. 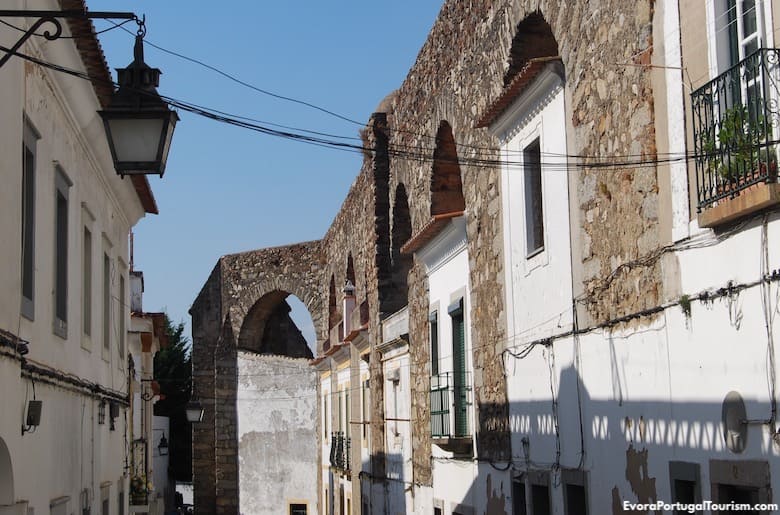 Designed by the same architect as the Belém Tower in Lisbon, and partly standing on the site of an older Roman aqueduct, it’s now classified as a National Monument.
Its name, “Silver Water Aqueduct,” may refer to the crystal-clear waters or to its cost, as it was one of Portugal’s most expensive constructions at the time.