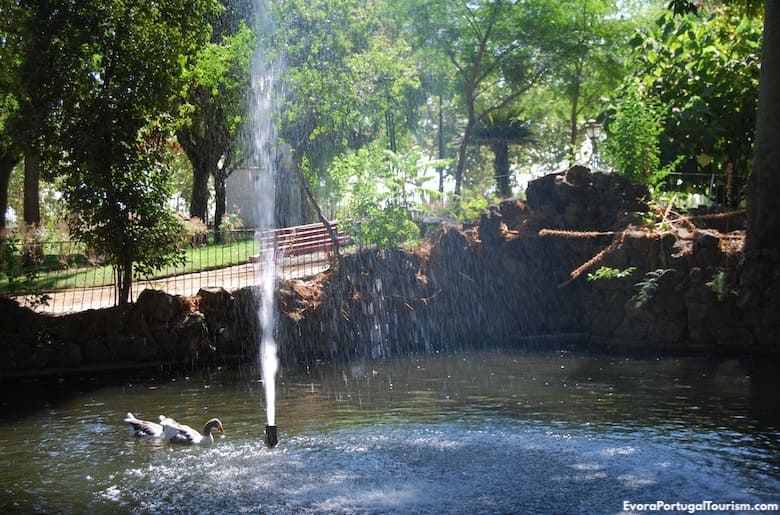 The Public Garden is perfect for a break from sightseeing

Located next to the Chapel of Bones and the Church of St. Francis, this is the perfect place for a break from sightseeing. It’s literally Évora’s “public garden,” laid out in 1863 with exotic vegetation, a duck pond, roaming peacocks, a bandstand, and what is left of the royal palace from 1468 that was abandoned in the 17th century. 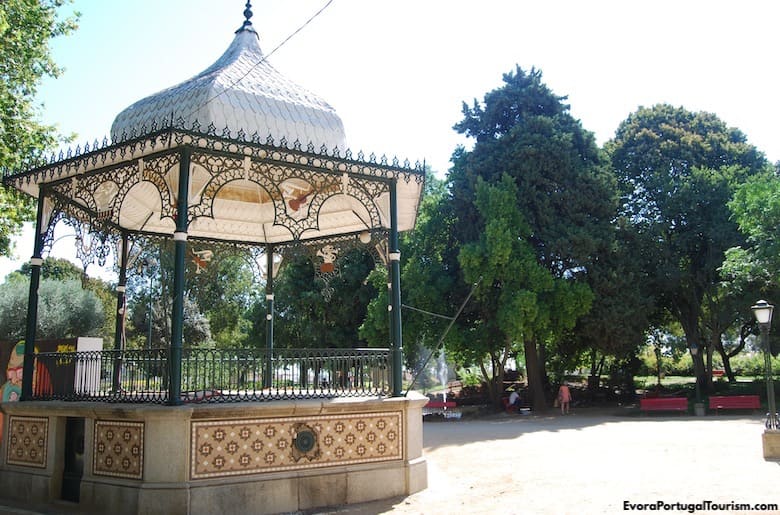 The old bandstand in the garden

The royal residence was almost entirely demolished in the late 1800s after the roof collapsed, with only the “Queen’s Gallery” left untouched and maintaining the original name -- Palácio Dom Manuel (King Manuel Palace). 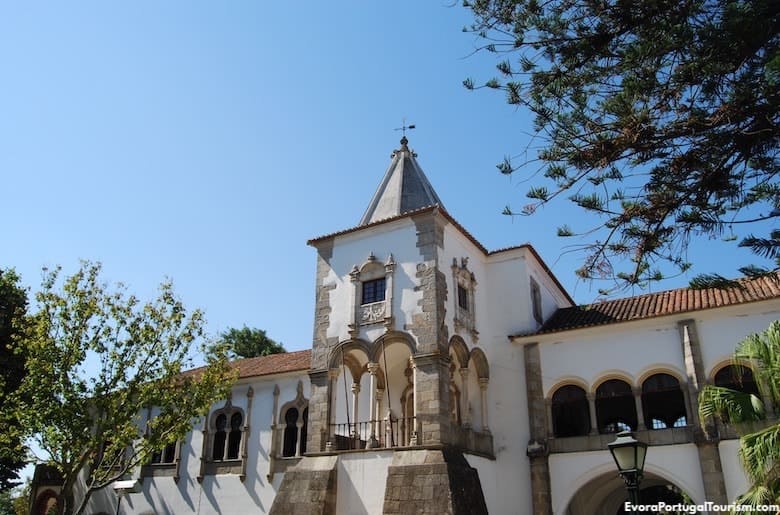 Dom Manuel Palace was the royal residence in Évora

It mixes elements of Gothic, Manueline, Renaissance, and Mudéjar architecture, with windows reminiscent of those of the Sintra National Palace. It was where explorer Vasco da Gama was invested as the commander of the expedition to India in 1497 (that would open the maritime trade between East and West for the first time), and where 15-year-old Prince Afonso celebrated his marriage to 19-year-old Isabella of Castile in 1490, after a religious ceremony in the neighboring Church of St. Francis. 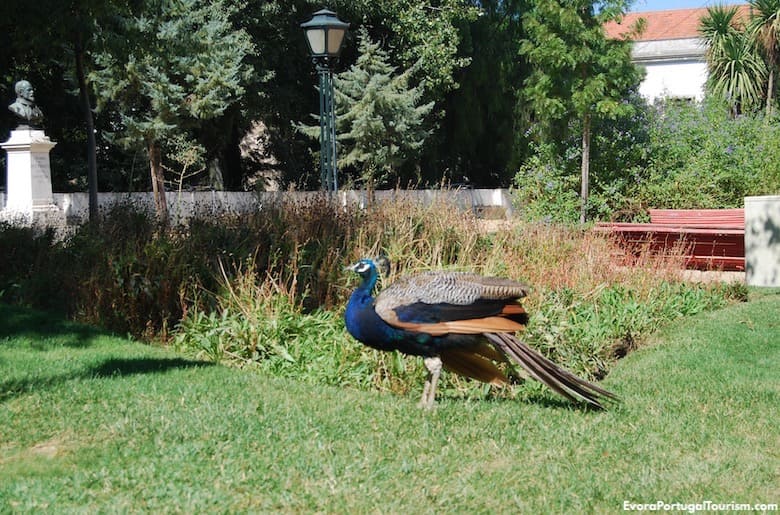 Peacocks and ducks roam around the garden

Today, after a fire in the mid-20th century and a restoration initiated in 2018, the palace has been turned into a tourist attraction, providing sightseeing information and housing a museum devoted to the history of Évora.