Home > What to See and Do > Largo da Porta de Moura 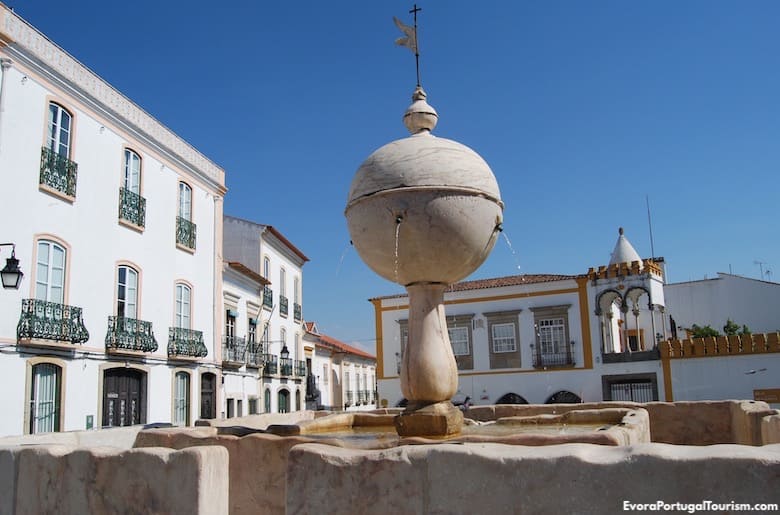 The square's spherical fountain, faced by the striking Casa Cordovil.

Évora’s second-largest square (after Praça do Giraldo) was once home to the city’s wealthiest families and is surrounded by interesting architectural details. It’s often reached by going down the sloping street next to the cathedral (Rua de São Manços), which ends at the 16th-century residence of poet Garcia de Resende. 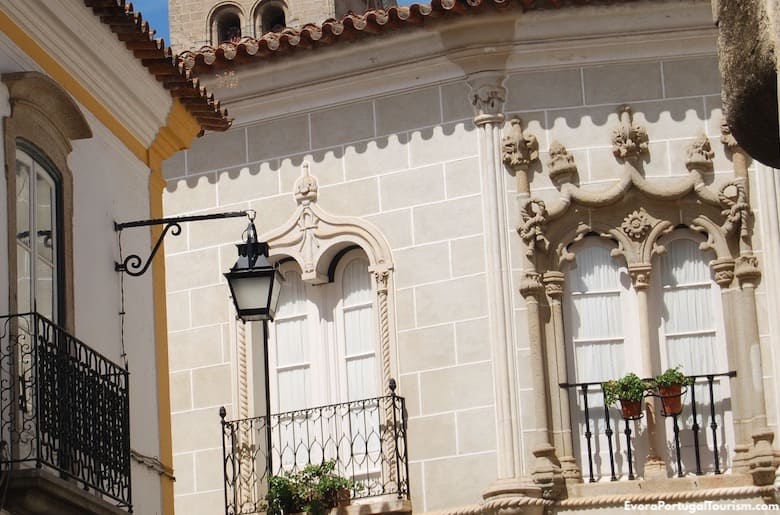 The beautiful windows of the Garcia de Resende residence

This building preserves a beautiful window made of marble and granite in the 1500s, in the Manueline (Portuguese Gothic) style. From there, walk towards the spherical fountain at the center of the square, which dates from the same period. It’s from 1556 and was designed by the architect of the city’s aqueduct, whose water ended up here. 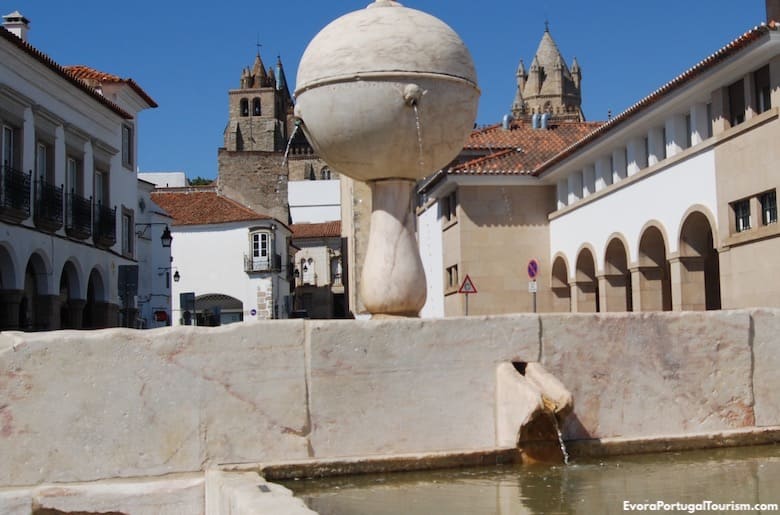 The cathedral can be seen from the square

The fountain is faced by Casa Cordovil, a house mixing Moorish, Manueline and Gothic architecture. Built in the 16th century, it was an aristocratic residence, and features a striking portico in the Mudéjar style. Another 16th-century house of yet another noble family is across the street. It was turned into a convent a century later, and has a fine baroque church (Igreja de Nossa Senhora do Carmo) that’s not regularly open to the public (but there’s usually Mass at 6:15pm). If you’re lucky to find it open, take the opportunity to see the interior, accessed through Porta dos Nos, a doorway sculpted in the shape of knots, symbol of the Bragança dynasty. The convent now belongs to the University of Évora, but unlike the university’s main building, it's not open to visitors. To see the university, go down Rua do Conde da Serra da Tourega (about a 5-minute walk).