Home > What to See and Do > Roman Baths 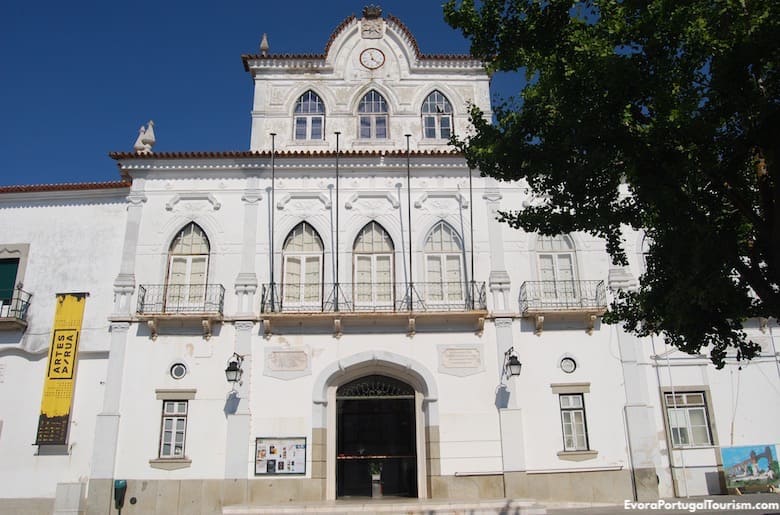 Évora’s Town Hall was built in 1882, but only in 1987 was it discovered that it stands on the site of the city’s Roman baths from the 1st or 2nd century. The ruins were excavated and are now on display inside the building.
It’s been concluded that this may have actually been the largest public building of Roman Évora, with the unearthed area covering 250m2 (820ft2). It should be noted that public baths played an important role in Roman society, used not just for hygiene but also for socialization. It was a meeting place where people talked, shared ideas and even discussed business. 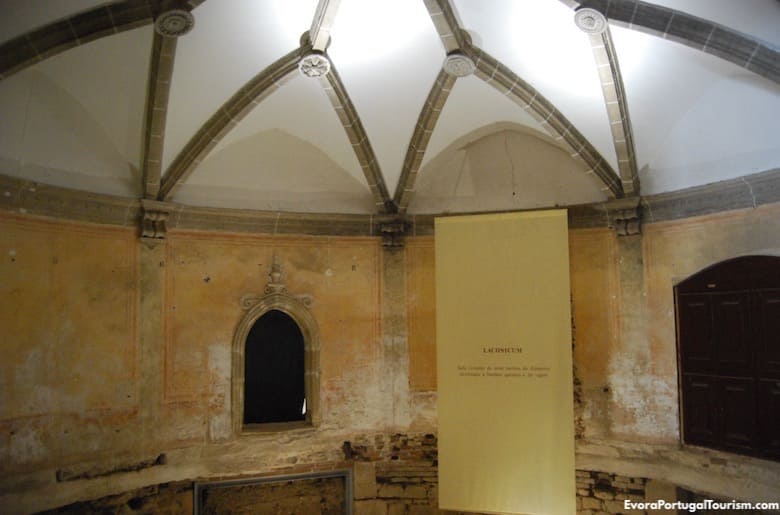 The water in these baths came from an aqueduct that was later replaced by the larger Aqueduto da Água da Prata, and, like all Roman baths, the building had three different areas -- the Laconicum, the Praefurnium, and the Natatio. The first one was a circular room used for hot steam baths, the second housed the furnace where firewood would burn and provide the heat for the hot baths, and the third had the open-air swimming pool, which was surrounded by porticos. This pool area is not visible, but the Laconicum is in an excellent state, with the circular tank on the ground almost completely intact. 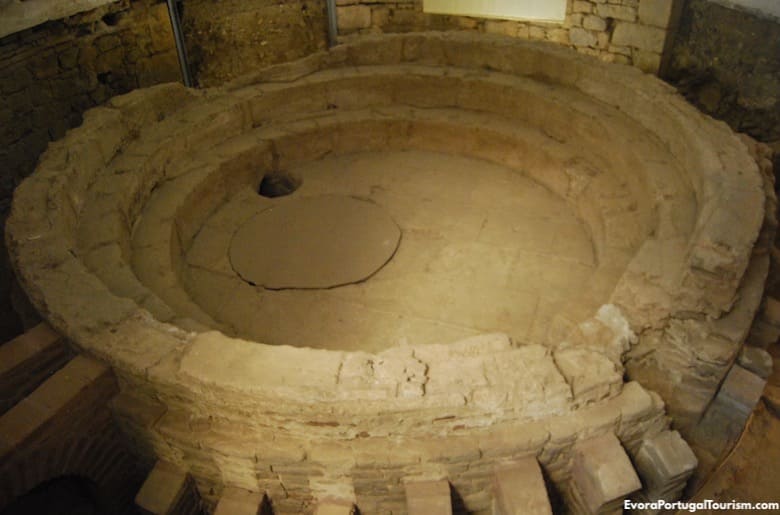 
Admission and Tickets to the Roman Baths

You just have to enter the Town Hall between 9am and 5:30pm, Monday to Friday. These are the opening hours of the services of the Town Hall, which close on weekends.