Home > What to See and Do > Igreja de São Tiago 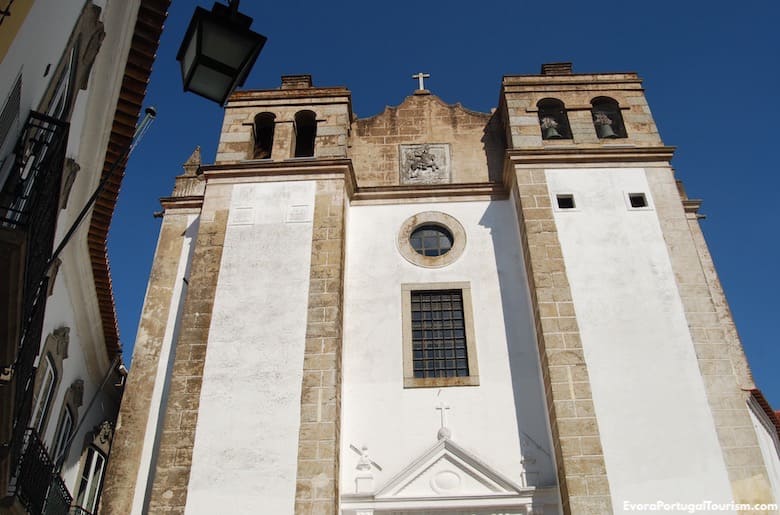 It’s one of Évora’s most unique and beautiful monuments, but it’s never mentioned in guidebooks. The reason may be that it’s not regularly open for visits, but you’ll want to check if doors are open when you’re in town. Its interior has some of the best-preserved baroque frescoes in Portugal, and the walls are decorated with beautiful tile panels depicting Biblical scenes, created by Gabriel del Barco, a Spaniard who became one of Portugal’s greatest tile artists in the 17th century. The panels by the altar are by the master Oliveira Bernardes. 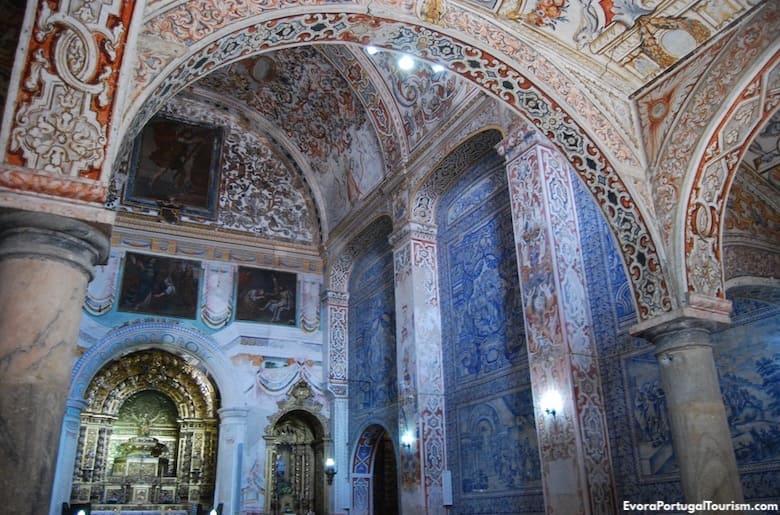 The church dates back to the 14th century, but it was rebuilt in the 1600s, maintaining a few of the Manueline (Portuguese Gothic) features. The gold-covered altarpiece was added in the 18th century.
The exterior is quite plain, featuring just a simple portal flanked by two bell towers. It stands in a small square, around the corner from the Town Hall, which displays the remains of Évora’s Roman Baths.