Home > What to See and Do > Igreja da Graça 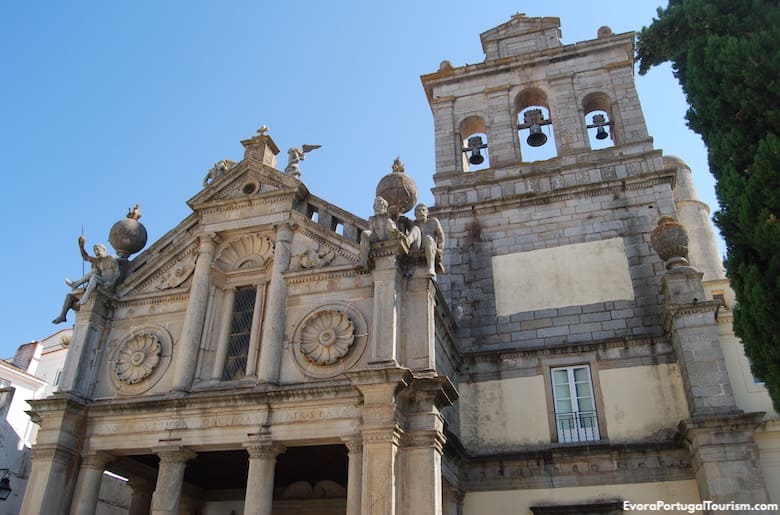 The church's façade is topped by four mythological figures

Hidden in an alley off Rua da República, this is one of Évora's most curious churches, due to its façade. Built between 1537 and 1546, it’s topped by four large mythological figures supporting globes, meant to symbolize the four corners of the Earth and the universal power of King João III. It’s a unique Renaissance building in the Iberian Peninsula and one of the best examples of the Renaissance in Portugal. 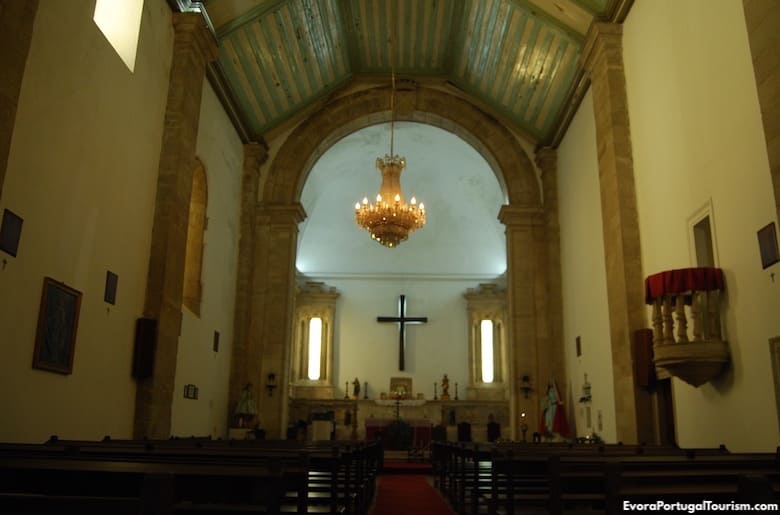 Despite the eye-catching exterior sculpted in granite, it has a very plain interior, as its altarpieces and much of its art was moved to Igreja de São Francisco. It’s part of a convent, accessed next door, but despite its interesting cloister, refectory, and staircases lined with baroque tiles, it’s not regularly open to the public. The church usually only opens in the afternoon.
Most of the church’s and convent’s interiors were lost when the monks moved out in 1834. The building was left completely abandoned, and by 1884 it was in ruins, leading to the collapse of the dome, which destroyed what was left inside, including magnificent tile panels depicting scenes from the life of Saint Augustine.