Évora is an ancient city listed as a World Heritage Site . It’s one of Portugal's top destinations for culture tourism, with architecture from different periods of history. Named "Ebora" by the Celts, it’s known for one of the best-preserved Roman monuments in Iberia, and its medieval streets give an idea of what Lisbon looked like before its destruction by the Great Earthquake of 1755. It can be visited on a day trip from the capital, which is about 90 minutes away, but, as the main city of the Alentejo region, it’s the perfect base to explore many of Portugal’s most enchanting towns.

Within its medieval wall is also a Gothic cathedral, Renaissance palaces, a macabre chapel covered with thousands of human skulls and bones, and picturesque squares. Just outside town is the “Portuguese Stonehenge" (the Cromlech of Almendres), a group of stones standing as the most important megalithic group in the Iberian Peninsula. Nearby is also Europe's largest dolmen, the Great Dolmen of Zambujeiro. All together, they make up one of Portugal’s most delightful destinations.

How Many Days in Évora?


Although it’s possible to see the main sights on a day trip from Lisbon, it will be quite a long day, with a significant part of it spent on transportation. An overnight stay is recommended, as is renting a car and exploring many of the region’s medieval towns, like Monasaraz, Marvão, Castelo de Vide, Estremoz, Vila Viçosa, and Elvas (driving around Alentejo is quite easy and enjoyable, just rent the car in Évora, not in Lisbon, as driving in and from the capital can be nerve-racking). Although bus and train connections to Lisbon are good, transportation to the surrounding towns and villages is very limited. The prehistoric sites (Cromlech of Almendres and Dolmen of Zambujeiro) can only be reached by car, and should be visited on a second day in the city.
It should be noted that many of the attractions close on Mondays.

Where to Go After Évora?


Évora is the perfect base to explore Portugal’s enchanting Alentejo region. It’s known for its white and marble towns, and two of the most beautiful are less than one hour away. One is the white medieval town of Monsaraz, which has a magical storybook atmosphere, and another is Vila Viçosa, once a favorite of the royal family, which built a marble palace as its retreat in the interior of the country. Monsaraz and other small towns can’t be reached by public transportation from Évora, but Vila Viçosa has three express bus connections per day (although at not very convenient times for day trips).
It’s best to rent a car, which allows trips to other beautiful towns and villages such as Marvão, Castelo de Vide, Estremoz, and Elvas. 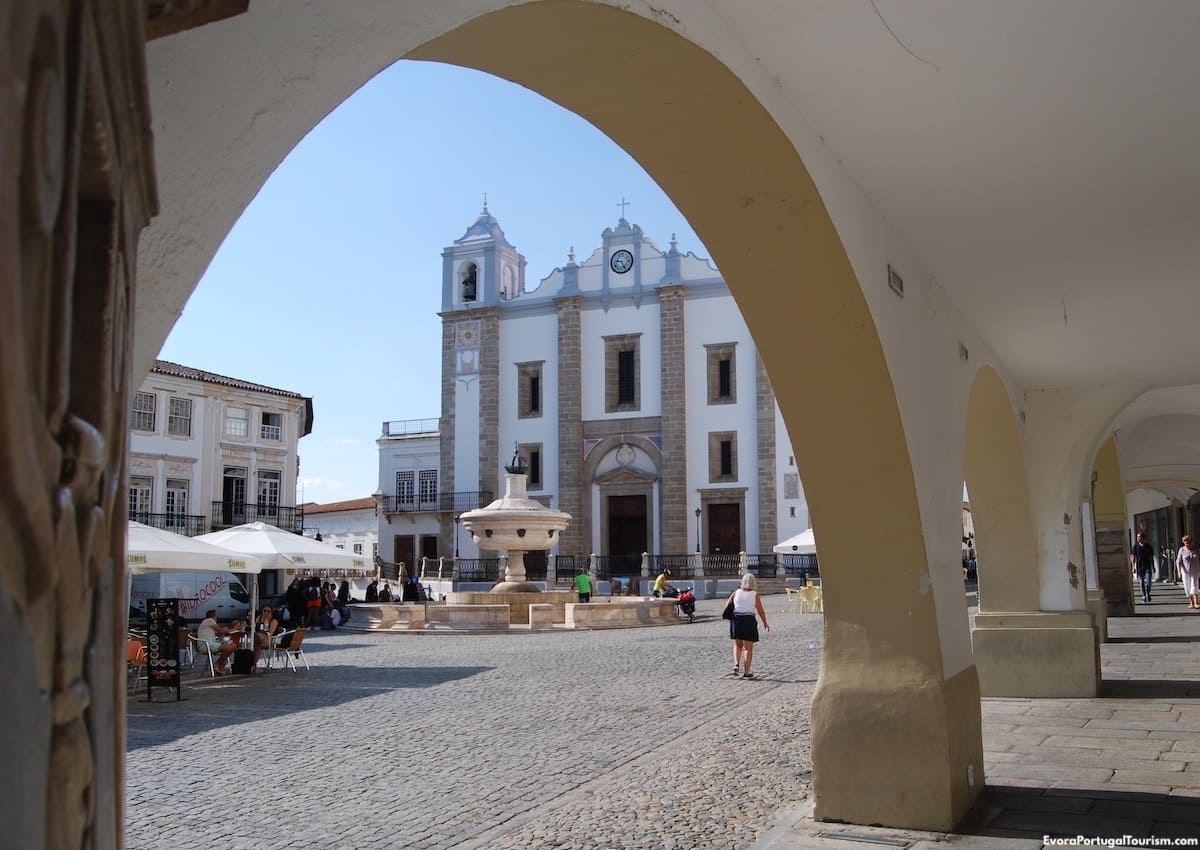 
Everything you need to plan your visit to Évora is on this website. It offers entirely independent and complete information from travel experts and locals, not sponsored by or associated with any local organization or institution. However, if you still have any questions when you’re in town, pass by the official tourism office, which is located in the main square, Praça do Giraldo. It also provides pamphlets and brochures highlighting other destinations in the Alentejo.