Home > What to See and Do > Carriages Museum 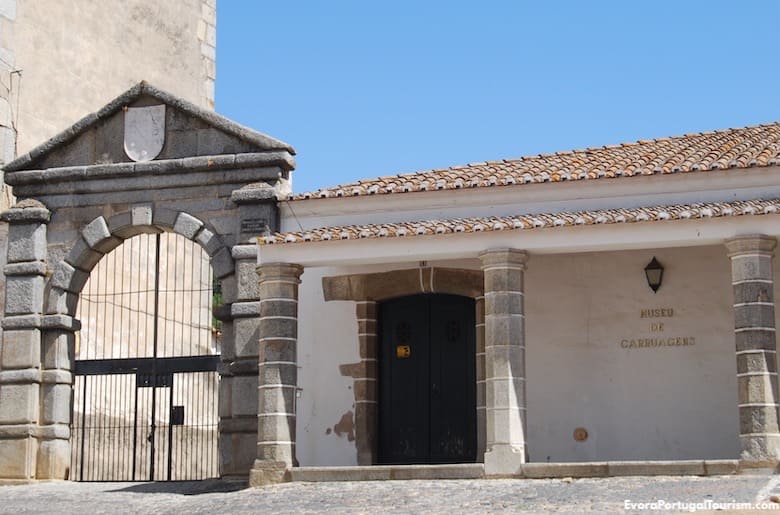 Housed in a former barn that was part of the cathedral, this museum displays a small collection of carriages that belongs to the Eugénio de Almeida Foundation (which manages Casas Pintadas and the Art and Culture Center nearby). The vehicles were used by an aristocratic family in the late 1800s and early 1900s, and were all imported from around Europe. Pulled by horses, they were the most luxurious means of transportation before the automobile.

Once the family acquired its first cars in 1907, these carriages were kept in a garage, but were well maintained and restored over time.
The museum opened to the public in 1998 and was renovated in 2012. It displays about a dozen carriages, together with pieces related to traveling at the time.

Admission and Tickets to the Carriages Museum